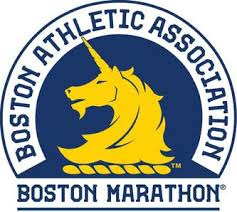 The other day, I was going through my files on my computer when I came upon this piece that I wrote after the Boston Marathon attacks in 2013. Three years later, we are still running #BostonStrong and the running community continues to move forward, even when those who threaten our safety and security are 'out there'. Run Safe. Run Strong. Good luck to all Boston Marathon runners this weekend and runners everywhere in 2016.

Although this was not the initial idea that I had to start my inaugural blog post, with the circumstances that developed last month in Boston, I felt there was no other topic as important to my fellow runners at this point in time. My first thought when I read the news of the Boston Marathon bombing  was, “they got them crossing the finish line”, but then I realized that though runners were involved, the tally of injured included spectators as well.  My thoughts and prayers are with all of the families and friends of the injured in Boston today and always.

My sequential thoughts were, “what did they hope to accomplish?  Were they making a statement? Denied entry into the race? Rebelling against the anti-gun laws post-Newtown?  Why?”  It is always “why”.  And there is always an answer...that we do or do not want to hear, and the inevitable CHANGE that will attempt to prevent it from happening again.

Running races will change, that much is for certain, but I truly hope that runners will not turn away from attaining to run in the Boston Marathon (or any major running event) out of fear. We could have not prevented this SENSELESS tragedy any more than the parents who sent their innocent children to school on that fateful day in December. If we let fear decide for us, do they win?

Run safely, run strong and most importantly, run for those who can run no more.